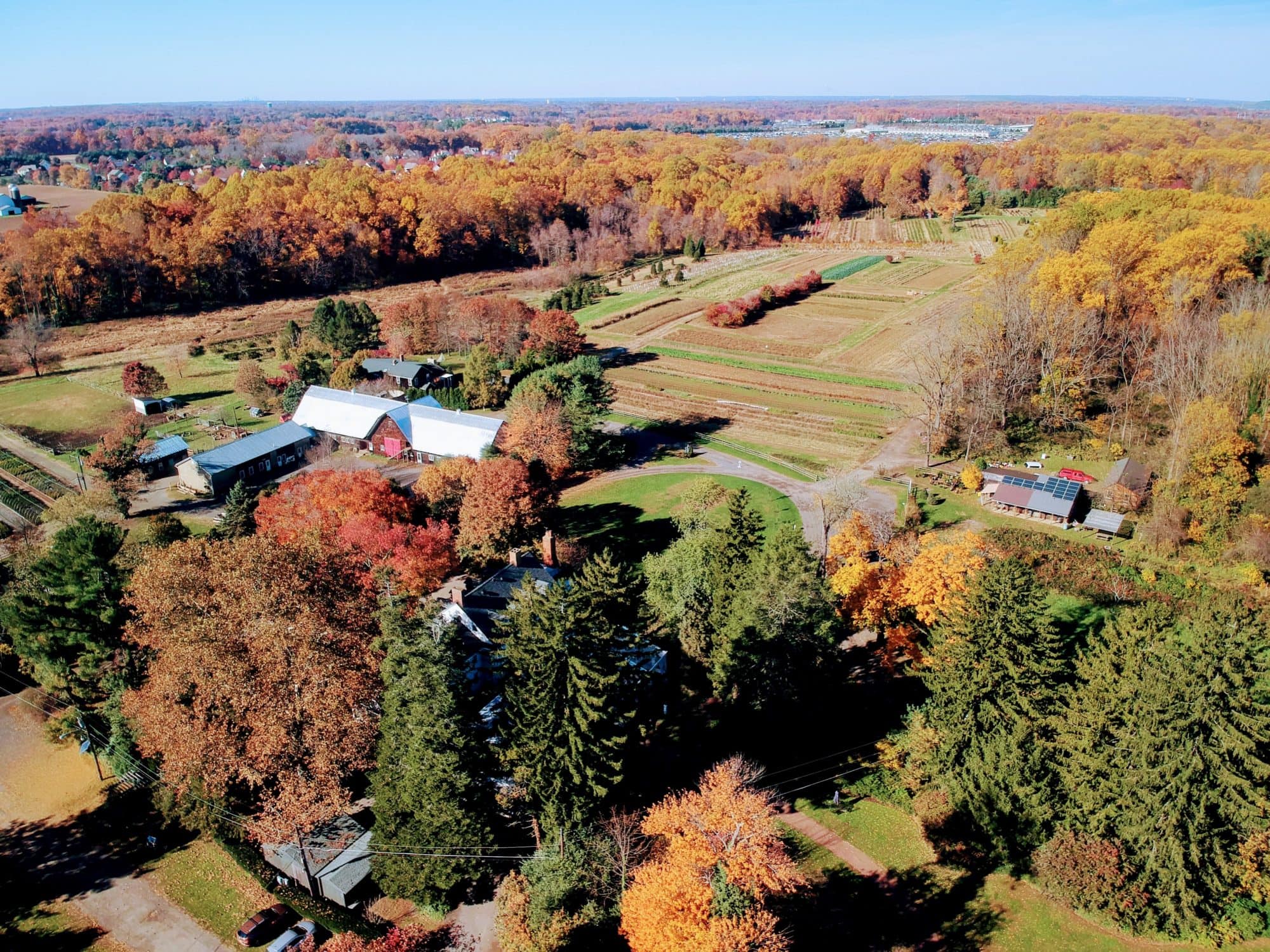 Kevin’s Horticulture career began in 1975, working summers as a maintenance employee for a local landscape company. After a number of years and moving up the ranks to become a supervisor, he was hired by The Williamson College of The Trades in Media, PA, to manage the 200-acre grounds of their campus.

During his tenure at Williamson, he decided to attain a Degree in Ornamental Horticulture from Temple University in Ambler, PA. Upon graduation, he was hired by Cumberland County College as an Associate Professor for the Ornamental Horticulture Associate Degree. Kevin was responsible for the entire contents of the curriculum, as well as student advisement. Over the years he also helped develop articulation agreements with four-year universities in order for the students at Cumberland County to make a smooth transition to pursue a Bachelor Degree.

In 2002, Kevin was hired by Ehrich & Ehrich Nursery in Chesterfield, NJ to head their ball and burlap operation. Although he lacked experience in the nursery industry, with determination and hard work, Kevin grew the nursery into a successful operation.

Eventually, Kevin was wooed by Larry Kuser, owner of Fernbrook Nursery, to become the field manager and where he continues to be employed.

Kevin enjoys life outside of Fernbrook Farms with his wife Michele and daughters Caitlin and Emma. When any free time presents itself, you may find Kevin fishing, golfing, and or reading. Tanya’s love for the outdoors sparked her interest in ornamental horticulture at a very young age. When it was time to decide a career path, well let’s just say it was decided without a question or doubt. Her ornamental horticulture education was obtained from Mercer County Community College and Rutgers University. Where she graduated with an associate’s degree in Ornamental Horticulture. Tanya continued to gain knowledge in this industry from past employers, Princeton Nurseries, Rappleyea’s Nursery and at Fernbrook Nursery since 2008. In 2015 she became a CNLP and in 2016 she was named the ‘Young Professional of the Year’ from the NJNLA. Tanya has been married to her best friend, Robert, since May 2002 and they have 2 kids (the 4 legged kind) Mia and Max, Alaskan Malamutes. They love to get out and go kayaking, quad riding, bicycling and walking in their free time. Yvonne Itchmoney joined Fernbrook Farms in 2015 and handles many of the day-to-day administrative and financial aspects of operating each of the farms’ businesses.

Yvonne’s background is in journalism. She spent many years in the print journalism industry before taking time off to be with her family. Upon going back to work, Yvonne channeled her management skills into business administration. Yvonne discovered Fernbrook Farms in 2013, when her son began attending the Education Center’s Fiddlehead summer camp program. When an opportunity to become part of Fernbrook Farms presented itself, Yvonne didn’t waste any time! The farm has since become her home away from home.

When she’s not at the farm, Yvonne enjoys spending time with her family. In addition to her coworkers, Yvonne adores her husband, son and Batman. Yvonne’s hobbies include discovering new movies and music, nagging her kid to do his homework and/or chores, macro and nature photography, reading anything and everything, hiking with her dogs, taking long bike rides, celebrating all things Halloween, and caring for her own flock of assorted critters.

Larry ‘Farmer Q’ & Susie Kuser moved to the farm in 1974 and have been actively running the farm since 1982. They have been married for over 40 years, have three grown children and eight grandchildren. Their vocation and avocation are the same: to live close to the earth and share the farm with as many people as possible.

Prior to farming, Farmer Q was a high school math and science teacher and coach. From 1976-1981 he served as Dean of Students for Princeton Day School in Princeton, NJ. Farmer Q has never given up his love of teaching or his involvement in the community. He has been an adjunct teacher at Mercer County Community College, Rutgers University School of Continuing Education and the New York Botanical Gardens. He has given lectures for the Master Gardeners programs and the New Jersey Association of Landscape Architects. In 2014, he was inducted into the NJ Nursery & Landscape Association’s Hall of Fame.

He serves on the Board of Directors of the New Jersey Community Forestry Council, a past member of the New Jersey Nursery and Landscape Association Board, the Burlington County Board of Agriculture, and past president of the Chesterfield Township Environmental Commission. Farmer Q is a graduate of Cornell University and has a Masters degree in Education from Fordham University.

Prior to running The Inn, Susie ran Wit & Whimsy, a boutique gift store in Bordentown, NJ from 1983-1987 and Princeton, NJ from 1988-1994. Her love, passion, and gift for hospitality have transformed The Inn from ‘Farmer Q’s’ boyhood home into a beautiful place for family and friends to come together to celebrate special occasions. Having a deep love and appreciation for the natural world since a very young age, Carmen is very much at home on the farm. Since 2007 he has raised alpacas, cared for horses, picked crops, and was part of the management team for an agritourism business. At age 17, he interned at a CSA in Sergeantsville, living in a barn loft while learning organic farming practices.

In 2014 Carmen left New Jersey and agriculture to serve his country as an active duty soldier. Following infantry training and Airborne School in Georgia, he spent the next two years in North Carolina in the U.S. Army John F. Kennedy Special Warfare Center and School.

Carmen arrived at Fernbrook in the spring of 2018, and has enjoyed support from Larry, Kevin, and Tanya in further developing his knowledge of horticulture. Following study at Rutgers for landscape plant identification, selection, and application, he officially took on the role of Container Manager in January of 2020.

He can often be found with his camera in hand, capturing the native plants and wildlife that inhabit Fernbrook Farms as well as photos for the Nursery’s Instagram page. When not on the property, he greatly enjoys time with his partner Anna, maintaining his garden, and annual solo hikes into the mountains of Central Idaho.